The products available on Element Vape are age-restricted and intended for adults of legal smoking age only. All orders placed on the website will be verified by an industry leading Age Verification software for validation.

By entering our website, you affirm that you are of legal smoking age in your jurisdication and you agree to be Age Verified. 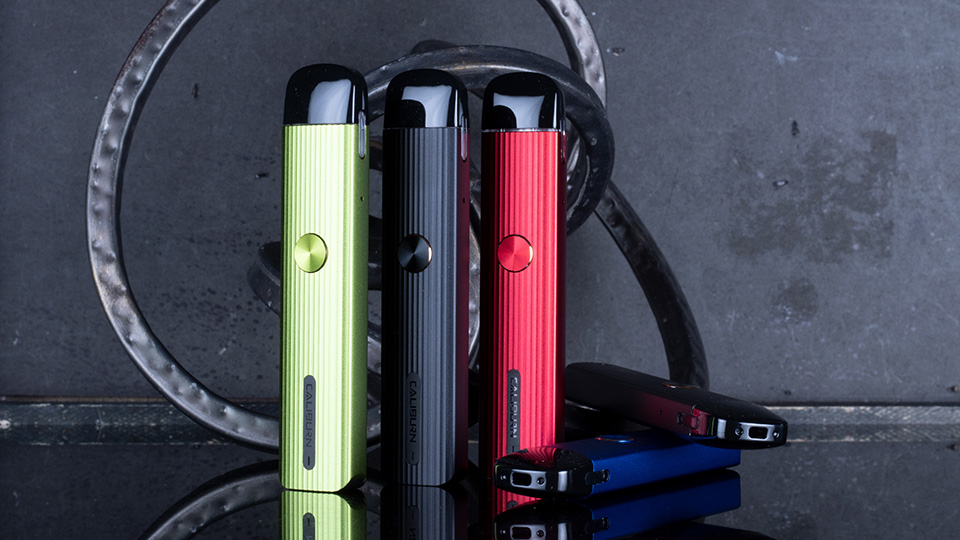 The Uwell Caliburn remains one of the most heralded vaping pod kits on the market today. Released in 2019, the original Caliburn was a breath of fresh air in a market dominated by relentless offerings of subpar pod devices that did not convey flavor in the vapor produced. Uwell changed all of that with a slim pocket-friendly vaping pod system that delivered exceptional flavor, pods with resilient longevity, and a decent battery life. Offering superior flavor in a portable chassis and a useful dual firing system, the Uwell Caliburn was the epitome of the mantra, “If it isn’t broken, don’t fix it.” However, Uwell listened to the community’s voice and didn’t mess anything up about the successor, they just made it better.

Comparing the first Caliburn to its current reincarnation, Uwell has expanded the battery life considerably. From 520mAh to 690mAh, the increase in battery life is appreciated, as the older Caliburn usually needed a recharge partway through the day for user’s with a higher frequency of vaping. Personally, I’ve gone through 7 original Caliburns as I’ve lost a few and always loved to keep at least two on me at all times. However, with the increase in battery life, the Caliburn G can last the entire day, only needing a recharge on the second day of vaping. In addition, Uwell has changed the bottom USB slot to Type-C Port for faster charging, equating to less downtime when vaping. Furthermore, the original Caliburn used integrated coil pods, leading to a lot of extra waste of spare pods. With the new Caliburn G, Uwell has introduced replaceable coils, offering a 0.8ohm UN2 Meshed-H Coil for delivering the delicious flavors of your favorite eJuice or nicotine salts through larger eJuice wicking ports and maintaining the same fill style as it’s predecessor.

The chassis dimensions are essentially the same but the Caliburn G introduces a textured surface and firing button similar to corrugated metals. In addition, maintaining the same dual firing system is great for people on-the-go, eliminating the need to find the firing button, allowing for passive vaping while doing other tasks. Although not quite as sleek as the original, it’s easy to look the other way when the benefits brought to the device outshine such a small detail and will likely grow on you as it's not exactly off putting. One cool feature that Uwell implemented is 2 different airflows, allowing or restricting airflow based on the installation of the pod. The difference is noticeable and results in a satisfying restricted direct lung vape.

We hope this comparison between the Original Caliburn and the new Caliburn G has been helpful in highlighting the improvements implemented by Uwell. Please feel free to contact our customer service team for more information or to field any questions you may have. Check out our website and blog for all things vape-related and our extensive offerings of the vaping market. 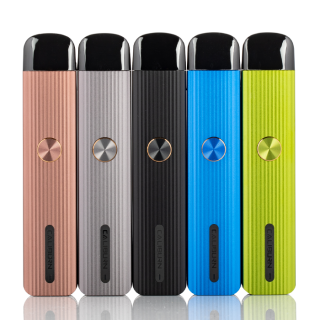 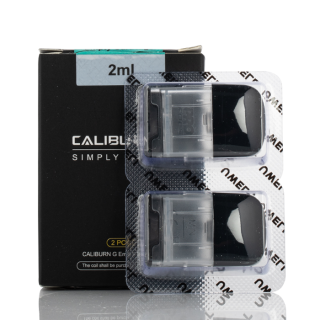 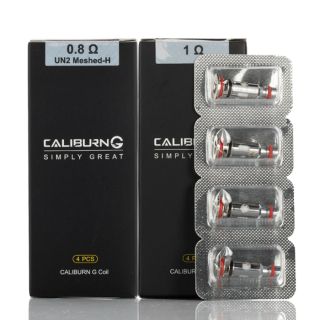 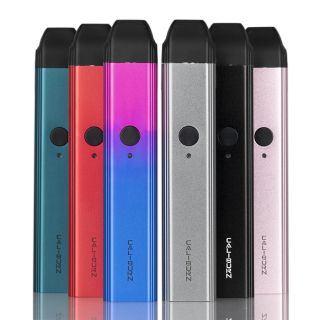 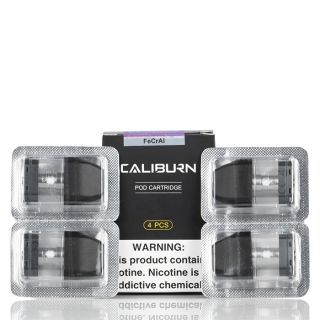 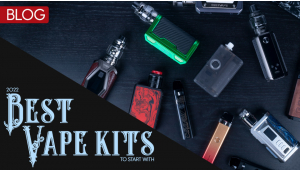 Guide
The Best Vapes to Start 2022 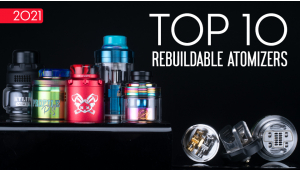 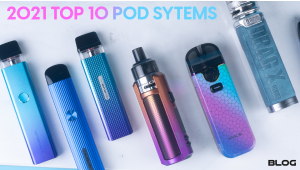